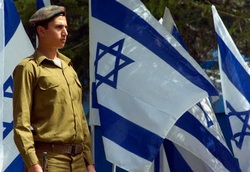 This seminar looks at the decisive impact of the Holocaust on the identity and ideology of Israel. It is impossible to understand how Israel works and thinks as a society without recognizing the influence of the holocaust. This seminar looks at such turning points as the Eichman trial, German reparations, as well as wider more philosophical issues such as Israel self perception in the post holocaust era